The Pointe Shoe: A Tool for Knowledge Production 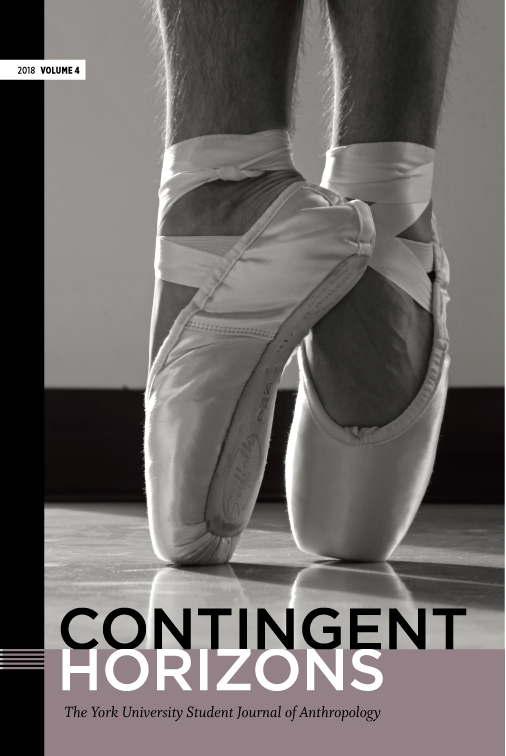 Over the years, the connection between the pointe shoe and femininity has solidified, propagating a gendered perspective of pointe dancing as exclusively for women dancers. The gendering of the pointe shoe as feminine makes it difficult for men to dance on pointe. However, shifting perceptions that recognize the pointe shoe as a technological site of knowledge production would encourage men, and any body for that matter, to dance on pointe. Utilizing Judith Butler’s ([1990] 1999) concept of gender performativity and Teresa de Lauretis’s (1987) thinking on the technology of gender, I argue that the continuous iteration of ballerinas on pointe has constructed the pointe shoe as a performative gendered technology. Further mobilizing Tim Ingold’s (2004) work on how we understand the world through our feet and Andy Clark and David Chalmers’s (1998) concept of the extended mind, I argue that knowledge is embodied through the pointe shoe from the ground up, shaping not only the dancer’s body and balance but also their self-awareness and cognition. Ultimately, in this article I argue that the possibility to gain knowledge from pointe, through either training or performance, should not be restricted to a socially constructed gender binary to which traditional ballet so closely associates itself.